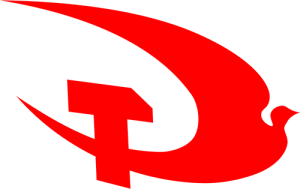 In an effort to stem a sharp decline in revenue and to combat the rise of the supposed “fake news” websites, Twitter has declared itself as the “Democratic People’s Republic of Twitter” or DPRoT (dip-rot). Senior executive Martin Brandestein explained the rebranding.  “People of Twitter…these are dark days and the storm clouds are gathering!  All around us reactionary forces are threatening our safety and we must take action to seek out and elimin…erm, I mean, block, yes block.  That’s what I meant to say….all Twitter accounts that spread misinformation, fake news, opinions and points of view, except for opinions approved by the DPRoT.  Our greatest threat is the alt-right, who we’ve identified and will block from Twitter.  But just to be on the safe side anyone on the right might be targeted by our weaponised algorithms. “

“Twitter is a safe space and our members will be defended by our algorithms, our ring of steel and our glorious and ever victorious armies…oh hail our great leader!” Brandestein then led all present in a rousing rendition of the website’s anthem.

Other new features will include a two minutes of trending hate; where people can tweet any insult, no matter how coarse, at various trending topics…chosen by Twitter executives.

“We’re committed to free speech, within our strict terms and conditions of course. And we’re only targeting those websites which spread misinformation and which corrupt gullible and weak minds.  But we will support honest, unbiased websites such as the Huffington Post, Salon and Buzzfeed whose journalistic standards and honesty CANNOT BE QUESTIONED.”

Brandestein said that with these new changes, The Democratic People’s Republic of Twitter will smash the capitalist running dogs down with their new “Victory for the People” app.