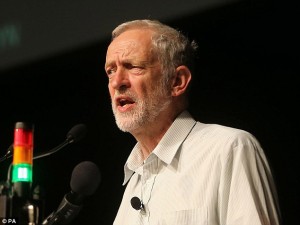 ISLINGTON……NOW!
The Labour leader, Jeremy Corbyn, admitted that he had been at a Nazi party rally in Nuremberg but that he “can’t remember whether he said ‘Sig Heil’ or not”.

Mr Corbyn said that he was present at the rally to “condemn violence on all sides…especially that perpetrated by Poland, Denmark, Norway, Holland, Belgium and France.”

“The only way we can stop the cycle of violence is to open up dialogue between combatants…one side has to say ‘we surrender’ and the other ‘up against the wall, Juden!'”

Mr Corbyn also said that he was planning to travel to Eastern Europe and lay a wreath to “commemorate the Soviet Union’s inaction during the Warsaw Uprising. By refusing to advance in support of Jewish partisans, the Soviets made a stance for non-violent conflict resolution.”