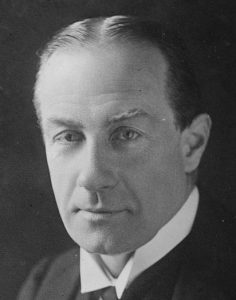 Following the riots, violence and destruction in London’s Cable Street between the British Union of Fascists and the Communist Party of Great Britain the Prime Minister, Sir Stanley Baldwin, condemned both sides for their hostile conduct.  However, the media and…well…the media have heavily criticised him for not singling out one side, specifically the Fascists.

“Britain is a peaceful, law abiding country” the Prime Minister said over the wireless “and when we feel compelled to protest about something like, oh I don’t know, the import duty on tea for example, then we go about it in a calm, polite and slightly embarrassed manner with a lot of harrumphing, finger waggling and a hearty ‘this will not do, sir!’  This beating each other up with sticks and hurling bricks nonsense has got to stop!”

However the Manchester Guardian, stalwart of the working man and Fabian academics, has led the chorus of condemnation of Mr Baldwin’s failure to lay all the blame on the Fascists.  “It’s all their fault and the Prime Minister should say so” the editorial went.  “The Fascists descended on this part of London with the specific intention of starting a fight.  Fortunately, ordinary, decent Communists just happened to have had the good fortune to find some pick axe handles just lying around on the ground and began to defend themselves by counter-charging the Fascists.  An unnamed source said ‘we didn’t know the Fascists were going to be here, we were all on a day trip and luckily..erm, I mean, tragically, we got into a massive fight with the Fashes and it was great!  We totally got stuck in with sticks, knives, petrol bombs…WHICH WERE JUST THERE, HONEST!’  I got to punch one of them!  At least, I think he was a Fascist.'”

A spokesman for the British Union of Fascists said “yeah, right.  We were well up for a fight and so were they.  We’d been planning this bust up for weeks so I don’t know why they’re saying they knew nothing about it.  I mean, let’s face it, beating up liberals and democrats is so boring because they just call the police but the Commies and anti-Fascists are always up for a scrap.  We had a deal:  We’d provoke them and they’d throw the first punch.  It’s how civilised totalitarian brutes go about settling differences.  Now they’re pretending they’re not playing, it’s not right.”

But Mr Baldwin’s denouncement of all sides has led to political columnists and serious BBC journalists calling him a Fascist sympathiser.  “When it comes to brutal riots between extremists you just have to pick a side to blame for everything and pretend there’s no problems on the other side” said the veteran political broadcaster Dalston Kingsland.

In the aftermath of the riots, anti-Semitic slogans that were painted on walls were removed by the Ministry of Works but anti-Fascist demonstrators are at a loss as to who it was who painted “WORKERS OF THE WORLD, UNITE AND KILL ALL WHITE MEN” and “BURN BRITAIN DOWN” graffiti.  “No idea who did that, comrade” said a counter-demonstrator who quickly hid a paint pot and brush behind his back.

The Men They Couldn’t Hang have written a ballad about the riots, in which anti-Fascists defeated the Blackshirts by hurling marshmallows and having a poetry evening.