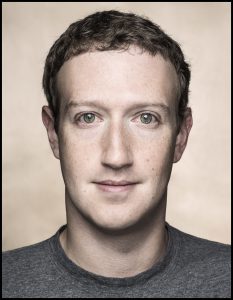 When asked just how sending naked photos of yourself to Facebook is going to protect people who take nude photos of themselves, Zuckerberg was vague.  “You know, algorithms, cyber security, terms and conditions and that kind of stuff.  You don’t have to worry, just give us the photos and soon!”

“Oh, and while you’re at it….just send us your bank account details, your full name and address, social security information, a list of political affiliations, your mother’s maiden name, the name of your first pet and have this bar code tattooed on your wrist.  You can’t be too careful.”

Tech experts at Buzzfeed explained that Zuckerberg’s requests are standard operating procedure in the digital age.  Lindsay Wette, the US tech editor of the online magazine explained.  “Mark Zuckerberg has always been at the forefront of digital communication right from the time in college when he desired to set up Facebook as a way of spying on girls he fancied so this new development is really needed to combat cyber-bullying/look at photos of people naked.  Facebook is at the forefront of No Trump/Pence regime, punch Nazis and I’m gender non-binary so use my pronouns or I’ll sue.”

Zuckerberg concluded by saying “at the moment this is being rolled out on a strictly voluntary basis but if all goes well and demand is high then it’ll become mandatory for all FB users to send in nude photos of themselves as a condition of signing up.  In an ever-changing online world, it pays to take naked photos of yourself and upload them or you risk getting left behind.  If you don’t have any, now is the time to get them done and send them straight to me…erm, I mean, Facebook.  Yes, definitely Facebook.”

Zuckerberg then left the press conference, rubbing his hands on his thighs and muttering “ooohhhhh yesssssss”.