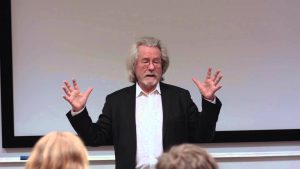 Master of the New College of the Humanities and constant Remoaner, A.C. Grayling, was found wandering around the streets of South London, muttering a stream of semi-consciousness whilst Jonesing for the European Union.

“Man, I gots to have me some E.U.!” he was heard to be saying to himself.  “Jus’ a little to keep me going, man…I’m strung out man!  I’m hopped up on common agricultural policy and seaside cleanliness ratings, man!  You haven’t got me a Eurochequecard I could use?  Just ’till I gets me back on my feet, man!”

“Why are those cats twisting my melon, man?” Grayling moaned whilst searching waste bins for any old, discarded Remain pamphlets.  “I need muh E.U.!”

Friends and colleagues are worried about the academic’s mental health and wellbeing at this time.  One, who asked to remain nameless but whose name is an anagram of PANTY RUFFLER, told how Grayling visited his house in the middle of the night asking for anything to do with the E.U.  “I remember him looking wild-eyed and with desperation in his voice asking if I had a copy of the Maastricht Treaty in the house he could use for a few days until he’d got himself back on his feet again.  I said I hadn’t and offered a place for him to stay for the night.  The next morning I saw he had left and my copy of the 1990 winning Eurovision Song Contest CD, ‘Together in 1992’ was missing.”

Grayling’s behaviour has become more erratic of late the longer he has gone without a fix of the E.U.  He has been seen at bus stops glaring at members of the public he suspects of being Brexiteers and yelling “BREXIT WHORRRRREEEESSSS!” at the top of his voice.  Another friend, whose name in anagram form is MORIBUND HACK, has concerns that his behaviour might get worse.  “At the moment he’s yelling abuse and tweeting hate filled messages against the c***s, f*****s and other names from the book of Revelations he reserves for Brexit voters…I’m worried he’s going to get a regular column in The Guardian next!”

Meanwhile, Grayling has said he’s got a good deal on 2 pages of the Lisbon Treaty to keep him going over the weekend but rejected the idea he should check in to the Priory to treat his addiction.