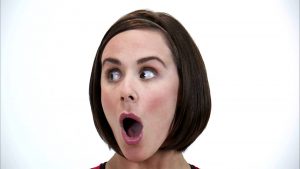 In developments that came as a complete shock to her prominent social justice activist Kate McCoracle, 29, discovered that her Dungeons and Dragons alignment isn’t Neutral Good as she supposed but instead Lawful Evil.

“But I stand for justice in our society!” she complained when told of her true alignment “That’s completely Neutral Good.  I uphold laws which I consider just, oppose the unjust and work to the betterment of society!”

However, when her words and actions were scrutinised, the Dungeon Master decided that she was more attuned to Lawful Evil.  She regularly goes online to abuse people with different opinions, indulges in doxing those she considers wrong, writes swear word filled tweets with caps lock on and has had people banned from social media on trumped up charges.  As well as that, she has participated in many demonstrations that saw her throwing eggs and paint bombs at people she considers targets, spitting on people who attend talks given by people she’s protesting against and has punched a police horse in the head.  She also backs any legislation that is designed to punish peoples’ thoughts, words and ideas by having them banned from speaking in public or getting them fired from their jobs.  The DM had no other choice but enforce an alignment change. McCoracle has vowed to fight this decision in the courts and has promised revenge on any who testify against her.

In the meantime she loses half her levels and now only hits targets on a 14.