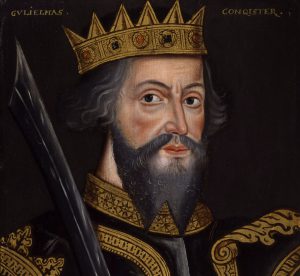 BRISTOL…..NOW!  Governors of the sixth form academy, King William College, have said they will change the name of the school because of its negative association with the Feudal System.  The college was named after the first Norman king, William I, who instituted Feudalism into England following his conquest of the country nearly a thousand years ago.

“We are a progressive learning body with a commitment to diversity, tolerance and equal opportunities so to have links with a socially restrictive economy runs counter to what we stand for” said spokesperson John-Ellen Ellis.

After a series of protests from various groups of people on the Left with enough free time to waste and the boycotting of the college by the bands Massive Attack, The Manic Street Preachers and Trivium, the board of governors caved in to demands that the school should remove any association with any Feudal lords or middle-English poets such as Chaucer and the Venerable Bede.  “The actions of a monarch who has been dead for over 900 years offends many pretentious wankers” a spokesperson for Massive Attack said in a prepared statement.  “The band have said that they won’t set foot on any patch of ground that bears his name or has been proven to have been a place where he walked.  They’ve missed out on a cracking day out at the Tower of London but, hey, principles are principles.”

“Even after 900 years there’s a stain on modern day Britain because of its historic links with Feudalism.  This city, Bristol, was built on the profits of a local lord who had the local peasants build him a motte and bailey castle, imposed tallage and required them to practice archery one day a week either against their will or at least with some grumbling.” said Ellis.  “Even though the feudal system died out around the time of the Tudors, around 600 years ago, we feel it’s important to make a gesture out of the public purse to atone for the evils of feudalism through a change of name and a dedicated, permanent “Evils of Feudalism” art installation and thus raise awareness of pointless campaigns to airbrush out the awkward bits of history” zhey continued.

A new name for the college hasn’t been decided on yet, but an online poll has been set up to canvass the views of the public.  So far, 70% of respondents have backed “Schooly McSchoolface” with “The Peace Academy”, “We’re So Sorry, Minorities, High” and “The Cuck Institute” also in the running.

Ellis denies dumbing down history or ignoring it by saying “modern Britain is diverse and there’s no place for men on horseback crying ‘FIND ME LOCKSLEY AND PREPARE ME A FEAST!’ in it anymore.  We don’t want to erase history, just alter it to suit our needs, that’s all”.