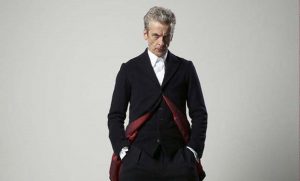 The time travelling alien and former Lord President of Gallifrey, The Doctor, has today ruled out travelling back in time in the TARDIS to alter the outcome of the UK EU Referendum result, despite pressure from online pro-EU campaign groups, Westminster MPs and an online petition at 38 Degrees.

“Look,  I’ve told you humans time and time again…you can’t rewrite history, not one sentence!” said an exasperated Doctor to a gathering of pro-EU supporters in Central London.  “The space-time continuum is a fragile entity and if I go messing around with the timey-wimey stuff on an issue such as this I can’t be responsible for what happens next:  It just so happens that those areas where the result was marginal also coincides with various time fissures.”

In response Giles Bratt, of the online EU support group “We Fucking Love The EU”, challenged The Doctor over previous interventions in Earth history such as the time he rescued a family from Pompeii as Vesuvius erupted, citing them as precedent.

“That was different” The Doctor quickly replied.  “I rescued one family…one, and I ended up with this face as a result.  Stopping Daleks, Cybermen and the Weeping Angles is my bag, preventing price increases of Marmite is not.  I’m the scientific adviser for UNIT, not EUNIT…see what I did there?  If you think Brexit is so damaging, I suggest you try contacting Sapphire & Steel; this is more up their street.”

“Besides” he added.  “Although I sympathise with your views the TARDIS is a Leave supporter and she never takes me to where I want to go, but where she thinks I’m needed.  This time it’s Treglos XIV where they’ve got a problem with a Krynoid.”

As he stepped into the TARDIS, The Doctor paused and said “You humans always manage to sort this kind of thing out.  You’ll be fine.  Indomitable…indomitable…”