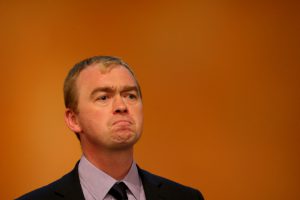 LONDON…..NOW!  A highly irritating, high pitched whining sound that has been giving people across the United Kingdom headaches and nausea has been traced to the Liberal Democrat leader, Tim Farron.  The whining, which began the moment he became the LibDem leader but has increased in intensity and irritation since the Brexit referendum result, was identified as emanating from Farron as he gave a speech at a pro-European Union rally in London today.

“The EU waaaaaaaaaaaa Brexit disaster wuuuuuuuuuuuuuuuuuuuuuuu eeeeeeee owwwwwwwwwww second referendum” was heard from Mr Farron as a team of sound engineers struggled to bring his utterances under control so that the human ear could understand them without feeling the need to retch.

Audio scientist Tristan Flagg explained how Farron’s speech can be measured in units knowns as “Irritons”.  “The Irriton is a measure of how annoying someone’s speech is.  We have calibrated a scale where 0 equals someone saying ‘this is it’, 10 is someone saying that they really enjoy the music of 90s teen band Hanson and 50 Irritons is the equivalent of listening to Radio 5 Live at breakfast time.  Today’s speech by Mr Farron registered 385 Irritons”. 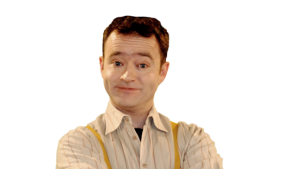 Mr Farron hit the peak with his denunciation of former UKIP Member of Parilament Douglas Carswell.  Although speaking about Carswell in negative terms only registered 12 Irritons, Farron suddenly shot up to 240 Irritons by going on a long winded rant about the government being anti-freedom, anti-free trade, anti-civilisation in general, a few things about how life is bloody unfair and shoes costing so much these days before bemoaning that we’re all living under a Fascist dictatorship and that the Government front bench are all Hitler.  Mr Farron then went up another 45 Irritons 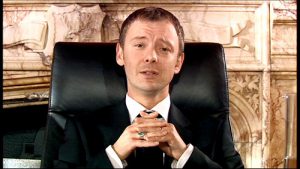 The final surge that added a further 100 Irritons to Mr Farron was his final knitted brow and gurn at the audience which apparently was meant to signify how much he’s concerned that the United Kingdom is now anti-free trade, authoritarian and anti-free speech instead of remaining in the European Union with it’s protectionist trade policies, unelected government and it’s laws curbing the media and websites from criticising political leaders. 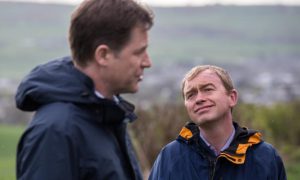 Dr Flagg had advice to give to anyone who had listened to Farron’s speech.  “Remember, the safest way to avoid an overdose of Irritons is to ignore Tim Farron in the first place.  Fortunately millions are already doing that but for those unfortunate few who have accidentally listened to him our advice is to walk away, take a deep breath, have a strong drink and throw a brick at your radio.”