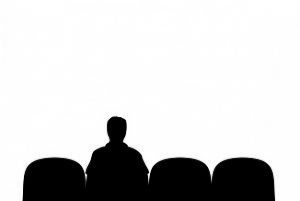 BROADWAY, NEW YORK.  Regular theatre goer, Mike Shilling, stood up at the end of a performance of “Nazi Allegory” and made an impassioned, heartfelt plea for a greater variety of subjects for plays.

Mr Shilling, 48, implored the cast and crew of the play to “stop banging on about social issues you find interesting.  I go to the theatre a lot and so many Broadway and off-Broadway plays are about social issues, sexuality, politics and the breakdown of the family.  After 30 years of this, I’m bored.”

With arms outstretched and making his point eloquently and politely he spoke to the assembled cast, who were just finishing their curtain call, about the diverse range of opinions and tastes of the audience.  “You know, we all like a good night out and frankly, setting Shakespeare’s Julius Caesar in a modern, Fascist setting is getting old hat.  And forbidden love amongst young, gay men living in a conservative culture…yeah, we get it, we understand but why not try something different like…oh I don’t know…a funny play or something about a nice family?”

Shilling got a round of applause from the audience but reaction from actors and producers has been mixed.  “I wasn’t offended” said lead actor Marissa McKenzie who played the role of “The Downtrodden” in the play.  “Mr Shilling has a point and he made it well, by the way he’s a great audience member and I do recommend everyone to sit next to him because he’s attentive and appreciative”.  However, veteran theatre producer Milton Wanger was more critical and urged he be boycotted.  “By standing up and addressing the cast he crossed the line into unacceptable behaviour. He has to admit we’re right and he’s wrong and I call on all theatres to have him banned until he apologises.”

Mr Shilling says he might check out a revival of Oklahoma next, “although I hope it’s not set in a New York alternative music club” he added.