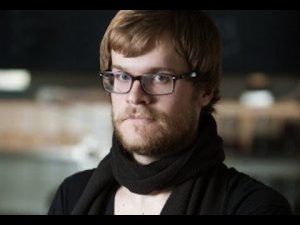 In developments that came as a complete shock to him, online social media activist Andrew Fanning-Wellman admitted that his tactic of using insults, personal abuse and ridicule to persuade people into supporting causes he backs has been “a complete failure”.

Fanning-Wellman, 26, a part-time blogger and freelance online solutions consultant has devoted much of his awake time to seeking out political, religious and social views on social media platforms such as Facebook, Twitter and Tinder that are in opposition to his own views and subjecting their authors to name calling, ad hominem attacks and sneering mockery in the expectation that they will crumble and concede the argument in a flood of tears and remorse.  But results have been “disappointing”.

“You would think that such retarded bigots would cave in to my barbed comments, withering jibes and unbridled contempt for them” said Fanning-Wellman.  “But they don’t; they’re so dumb all they can say are things like ‘whatever, troll’ or worse demand data to back up my claims…as if data had any relevance to the real issues going on right now in the world.”  Fanning-Wellman seems genuinely distressed and confused when this point is pressed.  “I mean, the worst and most bigoted people on social media are those that dissect arguments point by point and cite historical precedent; those guys are the worst so I reserve my best insults for them:  Things like ‘fucktard’, ‘dickwad’, ‘pathetic moron’….it’s good to question their intelligence, because they’re so dumb they don’t even agree with me or my friends.”

But no matter how many insults and personal comments he fires at people who hold their own views, he has never managed to convince anyone to change their opinion.  “It’s strange” he added “I mean, calling someone a racist, nativist homophobe duped by right wing ideologues just isn’t hitting home with most of these fucktards.  Are they that fucking retarded?” he said, shaking his head and looking wistfully out of his Camden flat window.  “Instead, they have the audacity to ignore my insults, block me or else ask me to stick to the known facts instead of resorting to ad hominem attacks and inventing straw man arguments! Well, I’ve shared plenty of clickbait articles and disingenuous graphs from The Independent Online and the Huffington Post to know what’s a straw man argument and what….erm…isn’t.”

Fanning-Wellman admits the struggle to change peoples’ political and religious opinions has been largely fruitless but nevertheless he and his fellow online commentators, many he’s never met in person, have vowed to carry on.  “I think it’s because we’re not abusing them enough” he says, avoiding eye contact and looking at a point on the wall just past my shoulder.  “I feel that with one, big, concerted push we can break these people, yes really break them”.  He has a plan “I’ve campaigned on social media for A.V., for the Lib Dems in 2010, Labour in 2015, Scottish Independence and the EU Referendum and although we lost them all despite all our best efforts to humiliate ‘the other’ (as we like to call them) I’m sure we’re going to strike gold this time by targeting people who are considering voting for Donald Trump.  The more we heap scorn and vitriol on them, the more they’re sure to see the errors of their retarded, bigoted ways and switch support to Hillary Clinton.  Oh yes, I can really sense victory this time….social media really does win elections!”