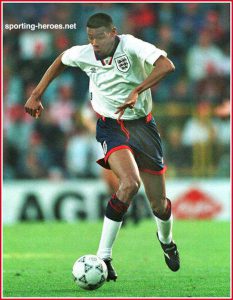 LONDON….NOW!  Following the resignations of shadow cabinet members Tulip Fromamsterdam and that other person Labour leader Jeremy Corbyn has called up former England international footballers Carlton Palmer and Geoff Thomas to be shadow ministers for Early Years and Justice.  Mr Corbyn said that “both men are tenacious and hard working individuals who have an excellent team ethic; these call ups are a reward for the effort they’ve put in with their clubs and subsequent careers after football.  Yes, Carlton looks ungainly and clueless and Geoff can’t hit an aircraft hanger from 10 feet away but look at their work rate.  They will make excellent ministers.”

As Mr Corbyn is braced for more resignations after he imposed a three line whip over his MPs in the forthcoming Brexit vote in parliament, more names are being pencilled in as potential shadow cabinet members.  “We’re looking at David White, Keith Curle and Lee Sharpe right now…there’s plenty of competition for cabinet posts” a party spokesperson said.

Brushing aside criticism that none of these men are politicians or even Labour party members, Mr Corbyn said in a press conference “no Rob, I can’t have gloomy faces like yours around”.  “Can we not knock it!  PLATTY!  Do I not like that!”

As Mr Corbyn’s tactics and appointments have me with surprise and even disbelief, he has vowed to carry on.  “The results will come….we must keep on ploughing ahead, keep doing the same things, over and over….where’s my umbrella?  Turnip stew anyone?”