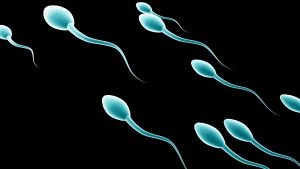 A spokesperson for the clinic, Miriam Cleverley, said “at the moment sperm donation is a male hegemony with 100% of donors being men.  We feel that this has restricted access and opportunities for millions of women who want to donate their sperm but have hitherto been deterred because males have dominated the environment and have institutionalised the patriarchy by insisting that only men can donate sperm.”

The clinic has said that they will no longer accept any more male donors and will only accept females in order to redress the balance.  Ms Cleverley feels this will encourage more women to apply to be sperm donors.  “At the moment interest in female sperm donation has been minor” she said.  “Obviously decades of a male-dominated sperm donation industry has put many women off from donating their own sperm but now we’re creating a positive environment for women and sending out a clear message that sperm donation is something women can easily do and they should take advantage of it now to help those who want to have children.”

“Sperm donation is one of the few male-dominated bastions left in society but we’re taking positive steps to break the glass ceiling for women.”  She added.  “It’s time for men to step aside for the good of society and not donate sperm until female sperm has reached at least a parity with male sperm.”

“No, I’m not aware of any scientific issues about this.  Why do you ask?”